Antialiasing has been an exclusive thing for the PC gamers over the gaming consoles. Well of course if you could afford a proper GPU to play recent games in FullHD at 16xQMSAA... until now.
Recently I have been quite interested in post-process antialiasing approaches. They are really useful for deferred renderers and for lower-end PCs and Consoles as the antialiasing process is done after the rendering the scene - as a post-process filter, just like a color correction, SSAO, Depth of Field and HDR filters.
I first stumbled upon something that tried to imitate antialiasing was in Crysis - they extracted the edges of the rendered image , blurred the rendered image and mixed the unblurred and blurred image with edges as a mask. Since then over the time the quality has increased so much that post-process AA techniques are comparable to real antialiasing. Here are more popular ones I found: NFAA, DLAA, SSAA, MLAA, SRAA, SMAA, GBAA, GPAA and SDAA... yeah there are a lot of techniques to choose. I personally really like Humus techniques (last 3), but unfortunately they require additional buffers which I cannot access in BGE right now. But few of these techniques does not require any additional buffers at all, some of them uses depth buffer and normal buffer to find the edges.

Today I have here another post-rocess antialiasing approach - FXAA by Timothy Lottes at NVIDIA.
"Fast Approximate Antialiasing" is a new anti-aliasing technique, based on several existing anti-aliasing techniques, including MLAA. FXAA is being used in Battlefield 3, DeusEx:HE, F.E.A.R.3 .
I really like FXAA because it requires only the rendered scene buffer as input and it is really simple to integrate in any game engine. 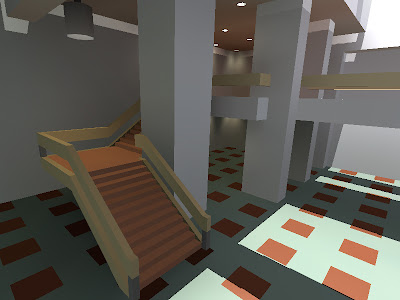 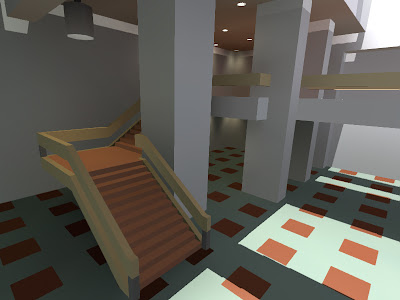 Email ThisBlogThis!Share to TwitterShare to FacebookShare to Pinterest
Labels: shaders